We immediately think of mums, but there are also ornamental kales and cabbages for sale. They are hardy even after frost and as temperatures drop, their colors often get deeper.
Many garden centers have perennials, shrubs and trees on sale at this time so take advantage of lower prices and add more life to your garden.

And of course, autumn is the time to plant tulip and daffodil bulbs for color next spring. And remember the smaller bulbs like crocus, grape hyacinth and snowdrops which are the first to pop in early spring. 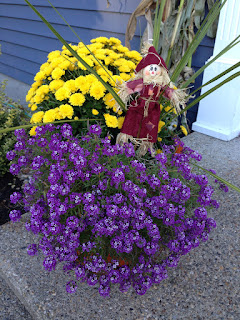 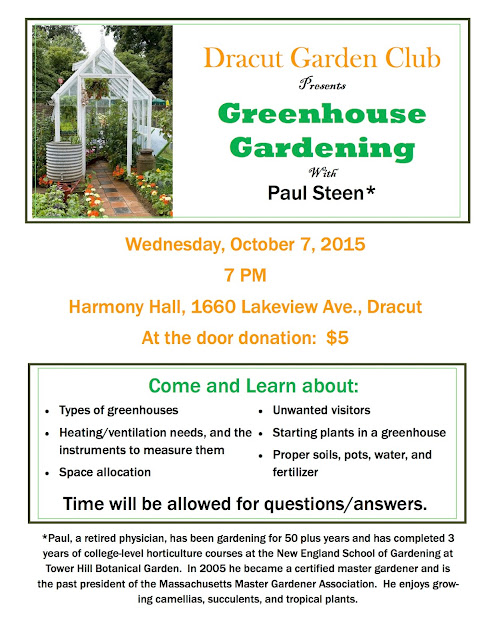 Please join The Dracut Garden Club and Paul Steen, a retired physician and healthcare software executive, who will be speaking to us about Greenhouse Gardening!

The basics of greenhouse gardening will be covered along with:
He will also address the gardening aspects of greenhouses including dealing with new plants, unwanted visitors, sanitation, and space allocation.

Time will be allowed for questions and discussion on what plants to grow.

Paul has been gardening for over 50 years, & has owned a hobby greenhouse for the past 30 years where he grows camellias, succulents and tropical plants. Paul's outdoor garden is primarily a woodland and shade garden.

Paul completed 3 years of college-level horticulture courses at the New England School of Gardening at Tower Hill Botanic Garden. He became a certified Master Gardener in 2005 at the MHS.  He lectures on topics such as home greenhouses, shade gardening, xeriscaping, plant diseases and on cactus/succulents and houseplants. 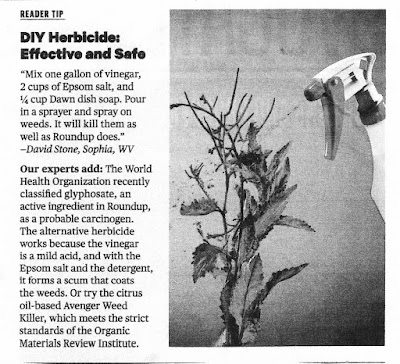 Bumblebees busily search for nectar and pollen in late-season blossoms. They slow down with colder weather, sometimes resting inside the center of a flower.

Praying mantises are camouflaged in high grasses and garden patches.

Broad-winged and sharp-shinned hawks migrate at about this time of year.

Eastern kingbirds and olive-sided flycatchers have departed for their wintering grounds in South America.

Autumnal equinox; days and nights are of equal length.

Look for late-blooming goldenrods and New England aster in fields and on roadsides.

The last of the ruby-throated hummingbirds have left for Mexico and Central America.

Second supermoon of the year. This is even closer than last month’s giant full moon, appearing larger and more brilliant. 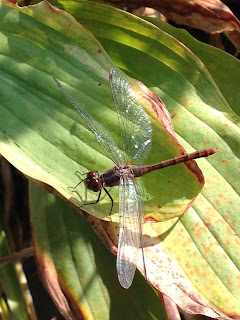